Researchers of the ICN2 Oxide Nanophysics Group led by ICREA Prof. Gustau Catalan have resolved one of the great unknowns in bone remodelling: how the cells responsible for forming new bone tissue are called into action. Their work reveals the possible role of an electromechanical phenomenon at the nanoscale, flexoelectricity, not only in stimulating the cell response, but in precisely guiding it throughout the fracture repair process.

Researchers at the ICN2 Oxide Nanophysics Group led by ICREA Prof. Gustau Catalan have discovered that bone, too, is flexoelectric, positioning the possible role of flexoelectricity in the regeneration of bone tissue in and around the kind of microfractures incurred in bones on a daily basis. Their findings, published today in Advanced Materials with lead author Fabián Vásquez-Sancho, have potential implications for the prosthetics industry and the development of biomimetic self-healing materials.

Bones were already known to generate electricity under pressure, stimulating self-repair and remodelling. First reported in the late fifties, this was initially attributed to the piezoelectricity of bone’s organic component, collagen. However, studies have since observed markers of bone repair in the absence of collagen, suggesting that other effects are at play. In this work ICN2 researchers have revealed just such an effect: the flexoelectricity of bone’s mineral component.

Flexoelectricity is a property of some materials that causes them to emit a small voltage upon application of a non-uniform pressure. This response is extremely localised, becoming weaker as you move away from the point of maximum stress along a strain gradient. In microfractures it is localised to the leading edge or tip of the crack, an atomically small site that, by definition, concentrates the maximum strain a material is able to withstand before full rupture. The result is a an electric field of a magnitude that, at this local level, eclipses any background collagen piezoelectric effect.

By studying strain gradients in bones and pure bone mineral (hydroxyapatite), the researchers have been able to calculate the precise magnitude of this flexoelectric field. Their findings show that it is sufficiently large within the required 50 microns of the crack tip to be sensed by the cells responsible for bone repair, which would directly implicate flexoelectricity in this process.

Furthermore, since the cells responsible for synthesising new bone tissue (osteoblasts) are known to attach close to the tip, it would appear that the electric field distribution signals this point as the centre of damage, becoming a moving beacon for repair efforts as the crack is healed.

These results hold promise for the prosthetics industry, where new materials that reproduce or amplify this flexoelectric effect could be used to guide tissue regeneration and enable a more successful assimilation of implants.

The study was funded by an European Research Council grant, and has been led from the ICN2 with the collaboration of the Materials Science and Engineering Research Centre at the Universidad de Costa Rica (Costa Rica), the Computational Methods and Numerical Analysis Laboratory (LaCàN) at the Universitat Politècnica de Catalunya (Spain), and the École Politechnique Federale de Lausanne (EPFL, Switzerland).

A press conference with local and national media was held today at the Barcelona Institute of Science and Technology, of which the ICN2 is among the founding members. 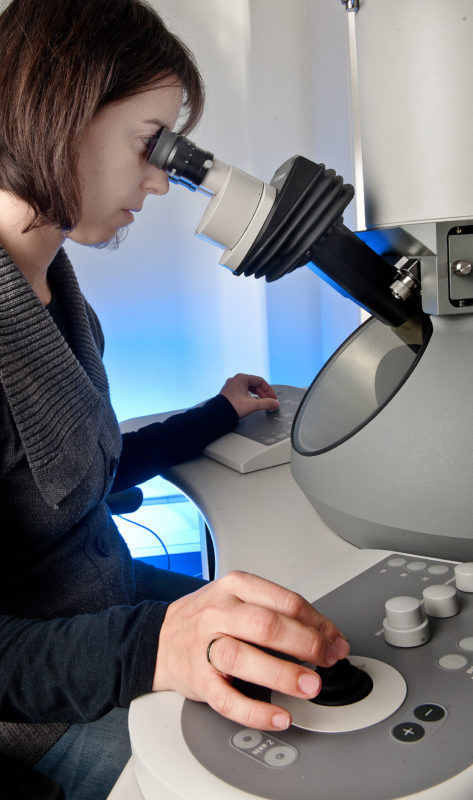